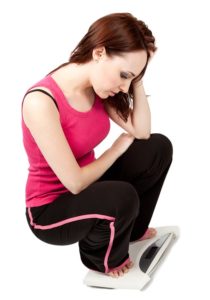 We’ve all been pulled in by the promises.  We’ve all experienced the lure at some point.  We’ve all had that friend who insists that this great “new” diet is revolutionary and you must try it.

Fad diets are all around us:  We read about them in our magazines, we see them being celebrated on daytime talk TV, and we are constantly assaulted with online click bait promising outlandish weight-loss with minimal effort online.  Promises that say that in order to get the body you want and the health you desire, you just need to follow this one simple plan.  Suffice to say, modern day society is no stranger to Fad Diets.

But what exactly are Fad Diets and more importantly, why don’t they work?  A Fad Diet is generally a stylish and oversimplified weight-loss plan that offers obscenely dramatic results.  Typically a Fad Diet calls for extreme restriction or addition of a specific food item.  These diets are designed to promote rapid weight-loss by either cutting out an entire food group (No-Carbs, No-Fats, No-Sugars) or restricting intake to only one specific type of food (The Cabbage Soup Diet, The 48 Hour Miracle Diet, or juice fasts).  While the weight might seem to peel off the body, science has shown repeatedly that Fad Diets simply do not work and worse, they can be incredibly hazardous to the body and mind.

Science has shown in study after study that Fad Diets are ineffective and dangerous.

It might seem impossible, but in order to achieve true, sustainable, and healthy weight-loss, one must block out the chatter, hype, and lure of Fad Diets and instead focus on a slow, steady, and balanced diet.  The risks to your body and mind are simply not worth it.